This search started with an email from a WA Police Officer who had recovered two sets of WWII medals. In his email to me, Constable Law said:
"I checked the engraved details on the medals and found that they belong to Bowyer Frederick PEARCE and John Albert PEARCE, possibly brothers or at least close relatives. The real shock to our team was when we identified that the date of death recorded for Bowyer is the 11 Oct 1942, the same date we located his medals in 2016."
What a remarkable coincidence. As it turns out Constable Law and I have a connection though Christ Church Grammar School but that is another story.
It didn't take much to find Boyer and John in the records and it turns out that Bowyer, a RAAF Warrant Officer died in India in 1940. John was killed in action on 10 June 1945 and is buried in Labuan Cemetery.
Bowyer and John and included on an Ancestry family tree and a message sent to the owner soon put me in touch with Sue who is their niece. I now know that eight medals were stolen recently during a house break in. Sue has very kindly allowed me to reproduce the pictures below.
The returned medal tally is now 1962. 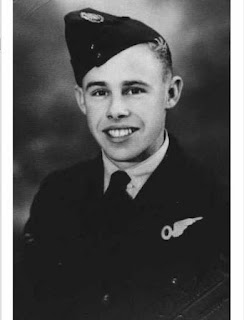 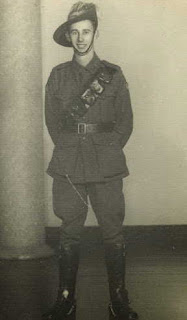 Post update 19 Oct 16
I have very kindly been provided a picture of the medals that were recovered. 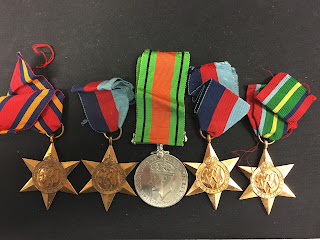 Posted by Lost Medals Australia at 12:27