I often mention how a little bit of luck goes a long way in solving some cases.
Last Wednesday I received an email from the National Secretary of the RSL asking if I could assist a chap who had some medals he wanted to return to the family. I called the number provided and spoke to Drew who had found the medals awarded to VX80894 Brigadier Henry Herrick Edwards. It didn't take me long to work out that Brigadier Edwards had been awarded the Companion of the Most Excellent Order of the British Empire. I also found that Brigadier Edwards had severed in WWI in the field artillery. This is the bio entry for Edwards. 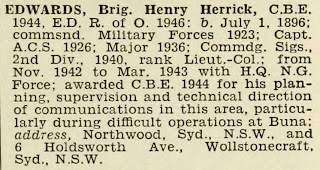 By using the NSW Birth, Deaths and Marriage records I was able to establish when Edwards died and that his wife's name was Marjorie Inez Edwards (nee Flynn). From their death notices I found that they had three children, Anthony, Meryl and Fay. Anthony was easy to follow but that lead ended when I found that he died in 2011.
For the next few hours I searched in vein for any lead on Meryl and Fay. The electoral rolls gave to many retunes and without a middle name or married name it was just to difficult. I then had that one piece of luck that I needed. In frustration I looked at every page of the electoral roll hits I got. The very last entry on the very last page of the very last published year of electoral rolls (1980) was for Meryl Inez Edwards. This was to much of a coincidence. From there I checked the White Pages and sure enough there was an M I Edwards at the same address from the 1980 entry. I put all this information aside until yesterday when Drew dropped the medals off at my house. Shortly after I rang the number from the White Pages and sure enough I had the right family. I now know that the medals were stolen a couple of years ago. Also with Edwards' medals were two others named to W Flynn. These medals are from Marjorie's side of the family. The last item which I thought would be of interest is a letter to Edwards from General Blamey congratulating him on being awarded the CBE.
Many thanks to Drew for going to significant effort to ensuring that the medals were returned to Brigadier Edwards' family.
The returned medal tally is now 1375. 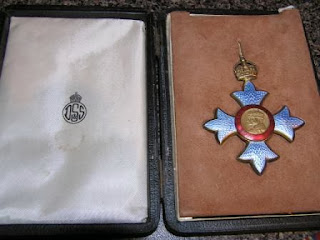 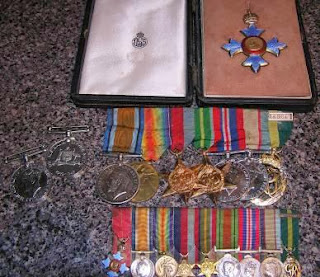 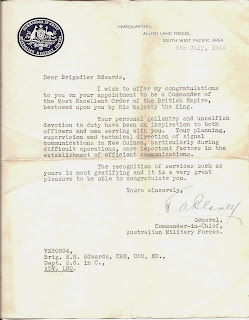 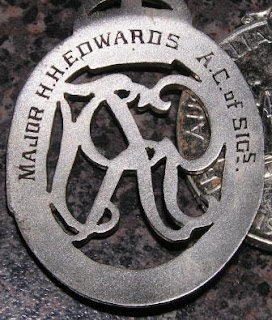 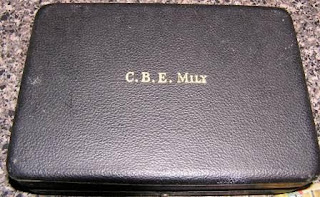 Update - 30 Nov 13
I recently spent a wonderful hour with BRIG Edward's daughter Meryl when she visited me to collect the medal. While she was here, Meryl showed me a portrait of Edwards and  she kindly allowed me to scan it  and post it here. 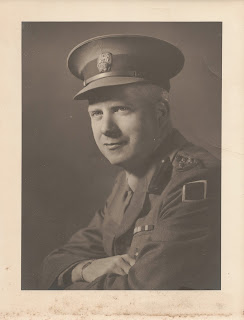 Posted by Lost Medals Australia at 19:24