This is another example of the wonderful relationship I have with the different RSL State Branches.
The WWI medals awarded to 4628 Corporal Gerald Edwin White were sent to me by the WA State Branch about two weeks ago.
Gerald served with 11th Battalion AIF, and was gassed while in France. 11th Battalion has been mentioned before in this blog. Gerald was from the South West of WA and farmed around the Williams area. Gerald died in 1972, however, his wife Irene died in 2005 having lived to 106.
My search followed Gerald's son Ian from Williams to Perth and then on to his sons Craig and Glenn. From the electoral rolls I knew that the family lived in Dianella for some time. However, with over 100 listings for either G or C White in the white pages the task looked daunting. With no listings in Dinaella with either Glenn or Craig's middle initial I went one suburb either side of Dinaella. I first tried Morley and sure enough there was a person with the same initial. Taking a punt I called the number and so often happens an educated guess paid off.
I've now spoken to Craig and I'll send him his grand father's medals and other personal items (pictured) in the near future. Thanks must go to Rod B who originally handed the medals in and to Wendy at the WA RSL who sent the medals to me. The returned medal tally is now 1312. 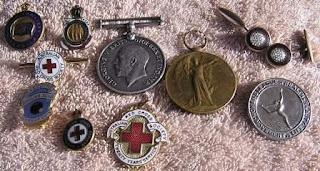 Updated 14 Sep 13
Thank you very much to the family of Gerald White for allowing me to use these photos of Gerald in 1915 aged 19 and with his wife Irene. 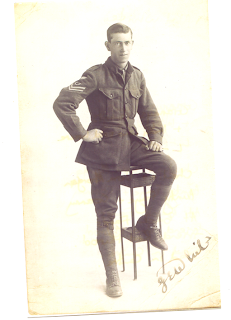 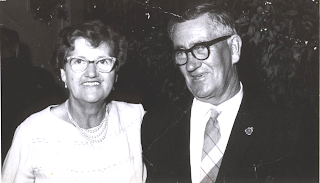 Posted by Lost Medals Australia at 16:51