It has been a few years since either Bill or I have received a old tin full of bits and bobs including medals. This particular collection came to me from Alice and Avon H who found it in a property they purchased. They were told that the tin had originally been found at the local tip.
The tin contains many items connected to NX585 Thomas William Sparks. There are his medals, his discharge certificate and other documents, badges and other personal items. From his number it is clear that Sparks was an early enlistee from NSW. What came as a surprise to me is that he was a member of the 6th Division Cavalry Regiment which was immediate familiar to me as a fore runner to a unit I have served in: 2nd Cavalry Regiment. This is Sparks entry for this unit.
When I received Alice's first email about this collection I found a bit of information about Sparks quite quickly. While he lived for many years in NSW, I found that he was buried in Queensland. I also found his wife's name was Nancy. Using the search parameters of their first names and being resident in Queensland, I found the 1980 electoral roll entry for Thomas and Nancy living on the Gold Coast. This is the last roll available online so a bit of luck had gone my way. Also listed at the same address was another Thomas Sparks which I assumed to be their son. That is where I felt the research until the medals arrived just before Christmas.
This afternoon I double checked my research and came to the same conclusion and found one person in the White Pages whose initial/name combination matched the 1980 electoral roll entry. I took a punt and called the number to find that I had the right connection. I had located Sparks' son.
Thank you Alice for trusting me and sending all these items to me.
The returned medal tally is now 1992. 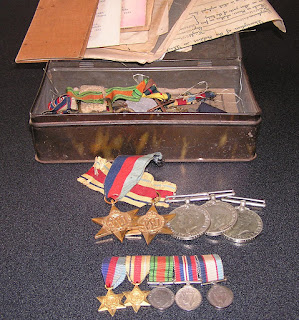 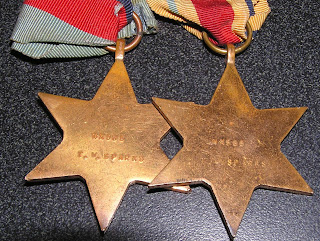 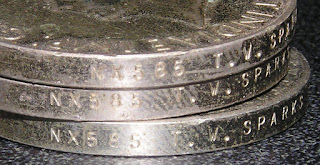 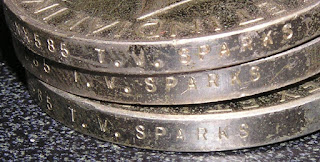 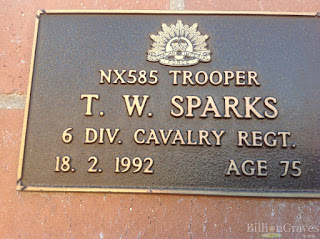 Posted by Lost Medals Australia at 19:22